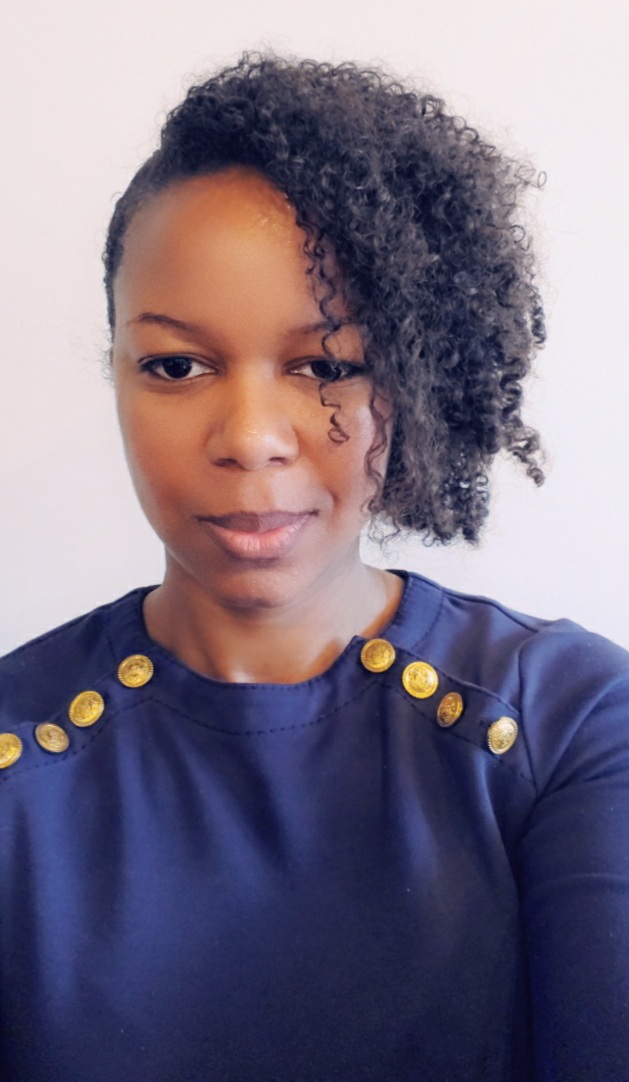 Inspired by a mother’s love for her daughter and with up to 50% less cholesterol than ice cream, plus 16 essential vitamins and minerals, Bon AppéSweet crafts wholesome, delicious, and nutritious gelato made with zero cane sugar.

Thereasa Black is an attorney, naval officer, and the CEO/founder of Bon AppéSweet, a company that makes all-natural, nutritious gelato that contains zero cane sugar. In March 2018, Thereasa was deployed for a 13-months.  This was her fourth deployment, but her first as a mom. And every day away from her daughter was a struggle. Thereasa knew immediately that deploying again was not an option, so she decided to start her own business. She chose gelato in honor of the last food that she and her daughter shared before her final deployment.

Thereasa decided to make an ice cream that she could allow her daughter to eat, guilt-free. To achieve that goal, she removed any cane sugar and replaced it with fruit-based sweeteners to create a product that is super nutritious. In order to fight for social justice, a mission that is near and dear to her heart, Thereasa places “Stay Woke” facts on all of her gelato pints. 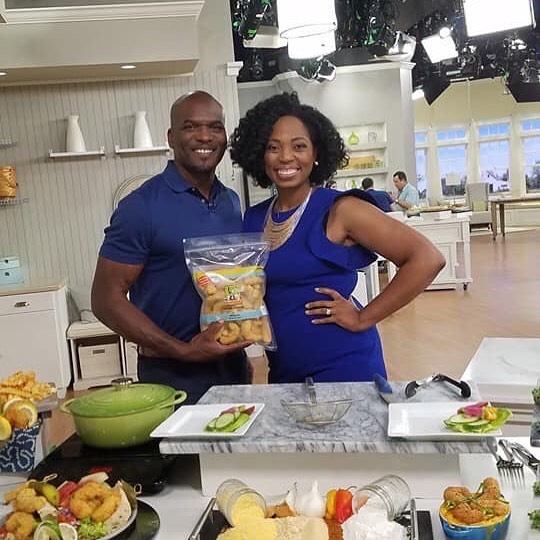 Joe’s Gourmet is the tastiest golden light fish fry in the world, making any seafood amazing with just a dip and fry! Joe’s absorbs less oil, giving your fried seafood and vegetables all the taste and crunch without the oily mess, making for one wholesome indulgence made with the best ingredients. Joe’s Gourmet is currently selling products in Walmart, Kroger, Publix, Safeway and HEB, and recently struck a partnership with Walmart to bring a new concept – Joe’s Gourmet Fish and Chicken – to former McDonald’s and Subway locations within Walmart.

Maranda is an innovative thought leader and transformational executive. As co-founder of Joe’s Gourmet, she has helped grow the company from a single kitchen recipe to over $2 million in sales. Joe’s Gourmet is currently selling products in Walmart, Kroger, Publix, Safeway and HEB. Through her innovative approach to marketing, she has curated appearances for Joe’s Gourmet on QVC, Good Morning America and ABC’s Shark Tank. With strong leadership, she together with partner Joe Dowell will grow Joe’s Gourmet to be one of America’s most recognized and loved brands.

Joe Dowell is an American businessman and successful entrepreneur. He is an unconventional, out of the box thinker who believes in hard work and enjoying every moment of life and business. Food-prenuer and innovator, Joe is the founder and CEO of Joe’s Gourmet.  Along with his partners, he has grown the brand from a a single kitchen recipe to over $2 million in sales. Joe is also a philanthropist who loves feeding people and feeding lives. He has served over 10,000 meals to Atlanta’s homeless population through the world famous Safehouse Group. 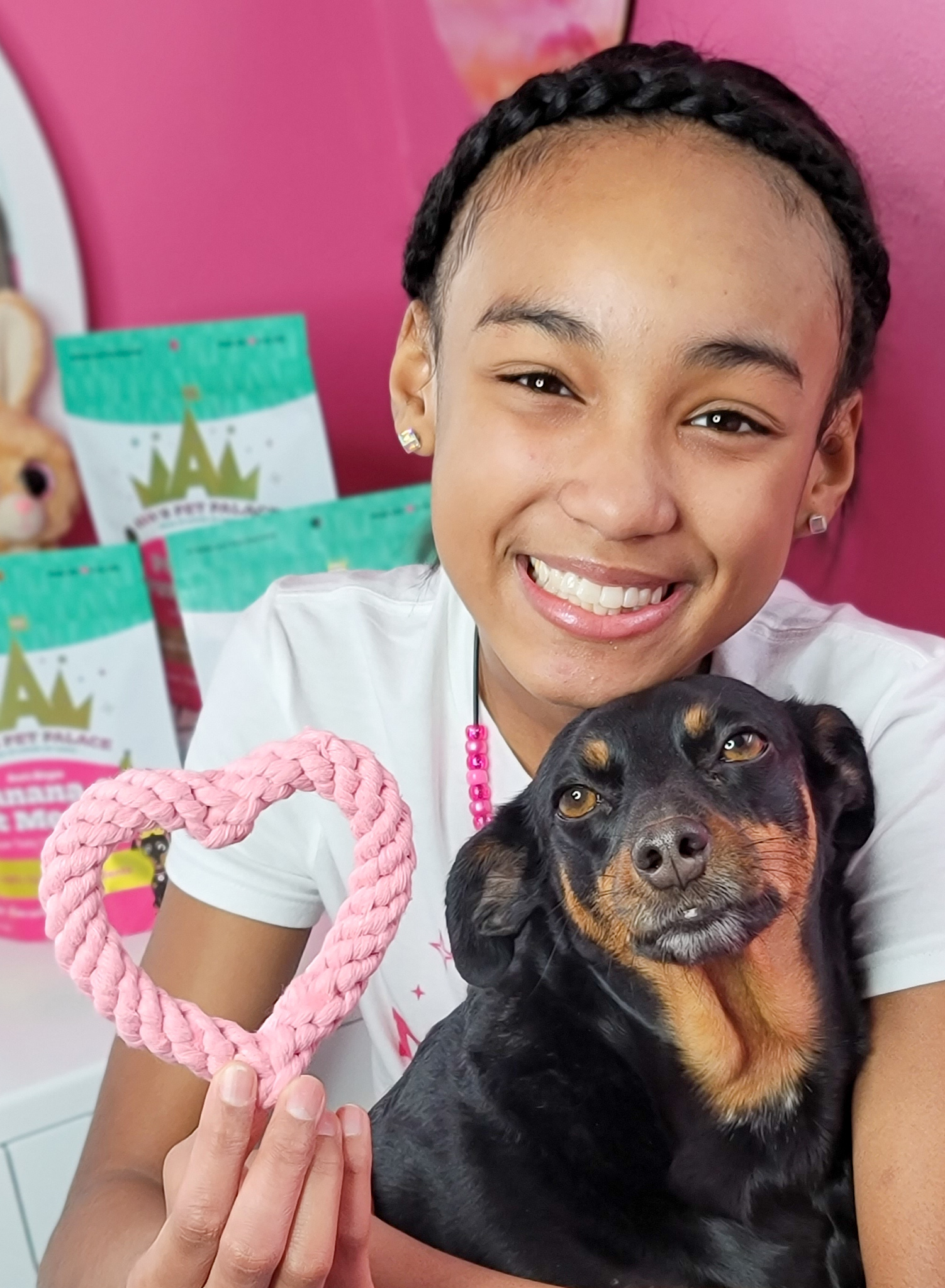 Ava’s Pet Palace is a fun, health-focused pet treat company passionate about using all organic ingredients with no preservatives. Ava provides her customers with a sense of pride, confidence, and reassurance of being good pet parents by buying their furry friend nourishing treats with high-quality ingredients. Started by Ava at just 8 years old, she’s a 13-year-old entrepreneur on a mission to educate pet owners about pet food and help them explore options that simultaneously promote animal health and taste-bud satisfaction.

My name is Ava and I love animals! I love them so much that five years ago when I was just eight years old, I started my business Ava’s Pet Palace, where I make organic and all-natural dog and cat treats. Having a dog and cat myself, I believe that every pet owner should have the option to buy organic and natural pet food that prioritizes the health and wellness of their furry friends. After several years of hard work, my business really took off last year! I now have customers in all 50 states and Canada. I’ve even shipped my treats to the UK and New Zealand! You can also find my treats in boutique pet shops throughout the United States. With the help of my mom, who now works for Ava’s Pet Palace full time, we ship hundreds of bags of my yummy treats each month. 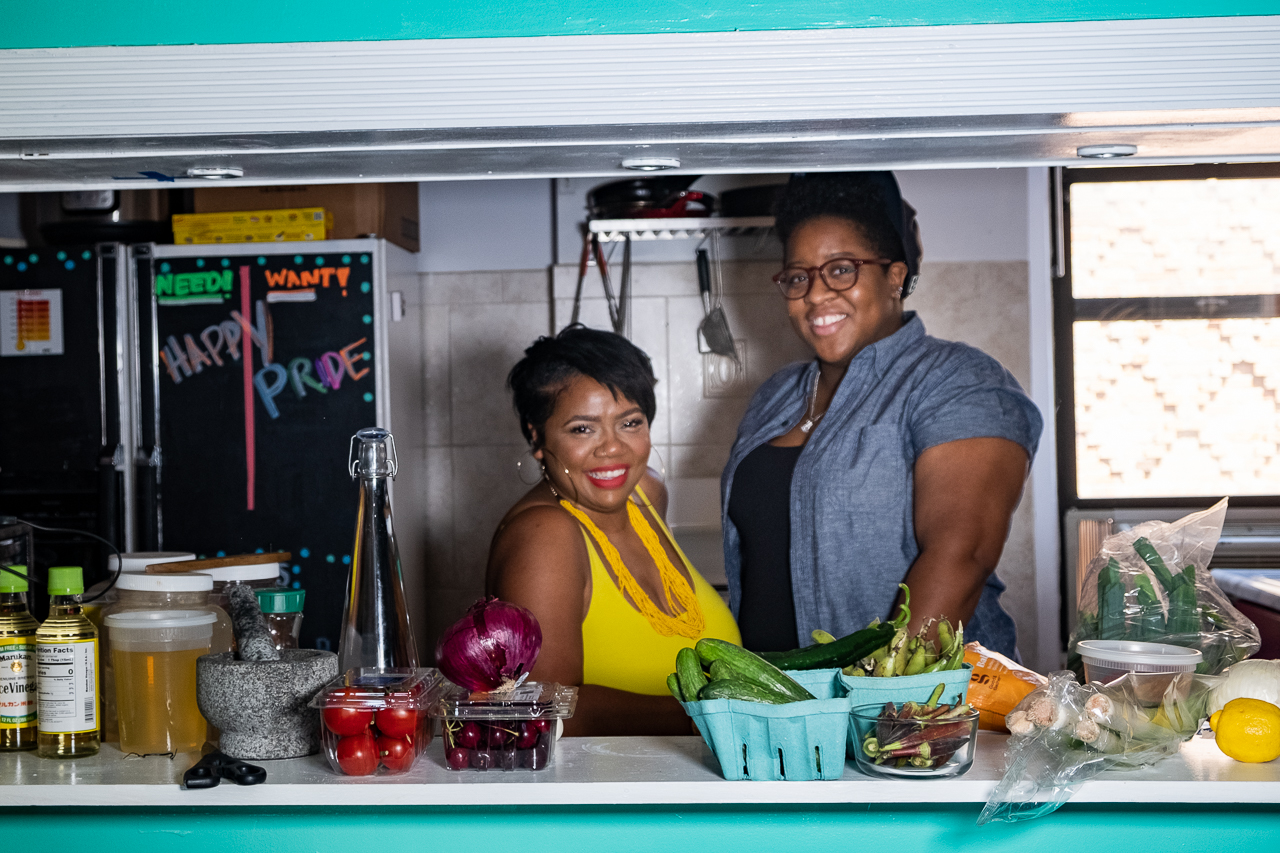 Good food is a human right, and every community should have access to quality food. We created Food + People because we believe every person deserves the dignity of a hot meal crafted from ecologically responsible ingredients that nourish their body from the inside out. We aim to cultivate relationships with growers focused on regenerative farming to create culturally appropriate food experiences.

We use whole ingredients that are thoughtfully sourced, so you can trust that all of our products are shelf-stable and hand-crafted in small batches to ensure quality, freshness, and flavor, and never made with unnecessary and unrecognizable additives.

Chef Sicily has always been fascinated by how food and people intersect, and how meals turn into a tradition. Sicily became a successful actress as “Young Aisha” on the Mighty Morphin Power Rangers and on the primetime family comedy, “One On One” as Spirit. But for Sicily, the Hollywood afterparties and award shows were less about networking and more about watching chefs prepare food for party-goers. She followed that desire and enrolled in Le Cordon Bleu’s culinary arts program. After graduating, she started an internship at the Los Angeles Times’ test kitchen, testing recipes for the newspaper, then she went on to work at other food businesses. After becoming a mother, Sicily decided to look into her family’s history and the dishes she remembered from her childhood. Her great-great-great-grandfather, Roe Duncan, was a slave who cooked for a white family in Tennessee in the 1800’s. Roe and his wife passed down their recipes to their eight daughters, and they passed those recipes down, and so on and so on until they reached Sicily. Chef Sicily wants to create a food space that fosters a space for the Black community to come together to enjoy one another’s company over dishes that are an ode to her ancestry, an edible piece of culture deeply tied to place and family. 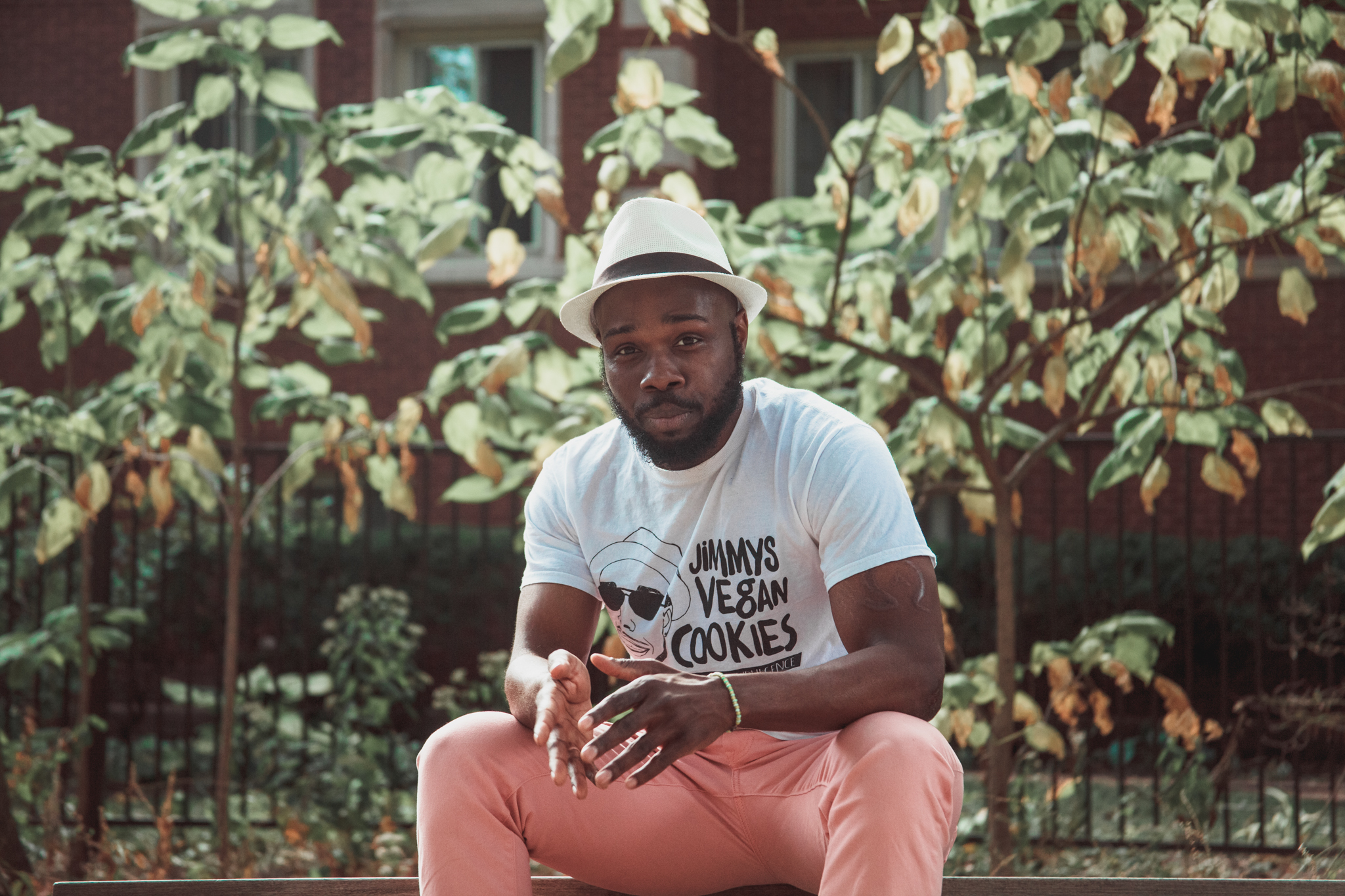 Jimmy’s Vegan® is a wellness-focused food & beverage company that makes high quality plant-based vegan cookies, snacks, and West African single origin coffee into A Guilt Free Indulgence! ™. Our mission is to always provide customers with a nourishing product and experience that empowers healthy nutrition at home and on-the-go.

Jimmy Prude is the Founder | CEO of Jimmy’s Vegan. He brings a wealth of experience to the food & beverage world from his past in the tech industry and the public sector as a former community organizer. He has a unique ability to engage and connect directly with consumers, identify emerging markets, and grow unique brand products. Jimmy has used his experience to cultivate his product in Chicago grocery retail within select Whole Foods Markets, Sugar Beet Food Co-Op, Mariano’s, and online.